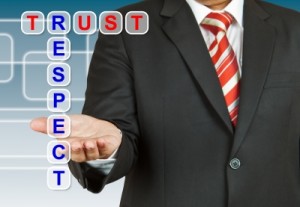 Dale Carnegie once had the pleasure of dining with Miss Ida Tarbell, the Dean of American biographers. When Carnegie told her of his book in process, “How to Win Friends and Influence People,” the discussion led to the subject of getting along with people.

Miss Tarbell told Carnegie that while she was writing her biography of Owen D. Young, she interviewed a man who had sat for three years in the same office with Mr. Young. This man declared that during all that time he had never heard Owen D. Young give a direct order to anyone. Instead, he always gave suggestions such as “You might consider this,” or “Do you think that would work?” Even in letters that his assistants were writing based on his dictation, he would frequently say, “What do you think of this?” or “Maybe if we were to phrase it this way it would be better.”

The point is he always gave a person an opportunity to do things for him or herself. He never told his assistants to do things; he let them do them as they saw fit, and then learn from their mistakes.

Here’s an example of this important principle in action from your friends at Dale Carnegie Training of Central & Southern New Jersey:

This post is brought to you by the good folks at Dale Carnegie Training of Central & Southern New Jersey. We would love to connect with you on Facebookand Twitter @CarnegieJersey.